NEW ERA: On the eve of her first anniversary, President Tsai Ing-wen underlined her commitment to cross-strait peace and promoting economic and social reform

President Tsai Ing-wen （蔡英文） yesterday said she hoped Beijing could understand the significance of last year’s presidential election in Taiwan and see the good will that the nation has repeatedly demonstrated toward China over the past year.

“This is a new era, because Taiwanese say so,” Tsai said.

“Old questions should be let go to give way to new ones. The issue now is how the leaders of the two sides of the Taiwan Strait can jointly maintain cross-strait peace and prosperity,” she said during a meeting with a delegation of overseas Chinese media representatives on the eve of her first anniversary in office.

Tsai reiterated her administration’s policy of maintaining the cross-strait “status quo,” adding that the commitments she has made in this regard have not changed.

Her remarks were an apparent reference to Beijing’s comment last year that her inaugural address was “an incomplete test paper.”

China has voiced its dissatisfaction with Tsai’s refusal to explicitly recognize the so-called “1992 consensus.”

The “1992 consensus” — a term former Mainland Affairs Council chairman Su Chi （蘇起） in 2006 admitted making up in 2000 — refers to a tacit understanding between the Chinese Nationalist Party （KMT） and the Chinese government that both sides acknowledge there is “one China,” with each side having its own interpretation of what “China” means.

In her inaugural address last year, Tsai only went so far as to say that she respects the historic fact that the cross-strait talks took place and that some understanding was reached.

China has since suspended dialogue with Taiwan and has withdrawn its endorsement of Taiwan’s participation as an observer in the World Health Assembly and in the International Civil Aviation Organization.

Aside from plans to promote the “five plus two” innovative industries, the government has proposed an eight-year Forward-looking Infrastructure Development Program to facilitate the nation’s economic transformation, she said.

On social security, the “long-term care program 2.0” has been launched and efforts to amend laws crucial for pension reform have entered their final stage in the Legislative Yuan, she said.

A committee has been set up under the Presidential Office to promote transitional justice for Aborigines, and the government is organizing a national conference on judicial reform, she said.

Efforts to recover assets improperly obtained by the KMT and to declassify files from the authoritarian era have produced results, she said.

Tsai said her two visits to Central and South America have helped strengthen the nation’s relations with diplomatic allies in the regions.

Taiwan’s relations with Japan have also been moving forward, as seen in the renaming of the semi-official Association of East Asian Relations, Taiwan, as the Taiwan-Japan Relations Association, she said.

Tsai said that public dissatisfaction with her performance, as seen in recent surveys, is “a price that must be paid” for promoting reforms.

“I chose to push for the most difficult reforms in my first term and my first year in office. None of my predecessors would have done such a thing,” she said.

Tsai said she would not give up on her endeavor, because those reforms are what several past presidents wanted to achieve, but could not. 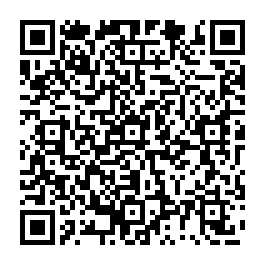